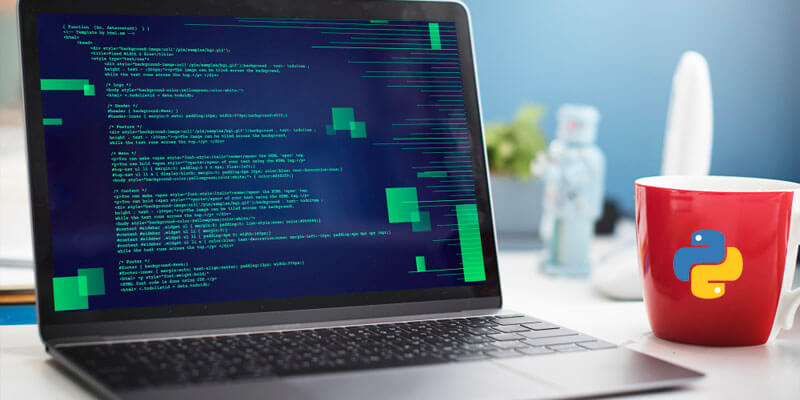 During this Python Training Course, you will also be well-equipped with the widely used Python Web Framework Django, which you will be able to implement in your real-world projects and programs like a professional Python Developer.

Your Path To a Glorious Career In IT Industry

Become the Best Python Developer by enrolling in this Online and Classroom Course. Get a Free Consultation from our Course Co-ordinator

What is Python Programming?

Scope Of Python in India

Stack Overflow’s Developer Survey claimed Python to be the third-most-popular programming language in the world and Python maintains a strong position in the top ten of the TIOBE and PYPL Popularity of Programming Language Indexes.

Python is a great choice for:

(e.g., SciPy – a collection of packages for mathematics, science, and engineering; I-python – an interactive shell that features editing and recording of work sessions)

A python trainee can occupy a variety of job titles, as  Python Developer, Data Scientist, and Machine Learning Engineer

PYTHON DEVELOPERS: Python developers frequently work on the server side, writing logic or building the platform. Python Developers assist Front-End Developers by integrating their work with the Python application. They are typically responsible for deploying applications and collaborating with development and design teams to create user-friendly websites and applications. As a result, the industry is constantly on the search for Python developers familiar with Django and Flask.

The national average salary for a Machine Learning Engineer is ₹5 Lakhs per year in India (Source: Glassdoor)

DATA ANALYST: Data Scientist Analyze data to gain valuable insights. To do so, Data Analysts must collect massive amounts of data, sort it, and group it according to the organization's KPIs or goals. A Data Analyst uses Python libraries to analyze data, process data, analyze datasets, and develop visualizations to present findings in a useful way.

The national average salary for a Machine Learning Engineer is ₹6 Lakhs per Year In India in 2021 (Source: Glassdoor)

The national average salary for a Machine Learning Engineer is ₹10 Lakhs per year in India (Source: Glassdoor)

Real-time classes are conducted by Our Instructors at fixed batch timings.

Get answers to your queries from Instructors in real-time.

Our Experience and Achievements

1. Is it worthwhile to obtain a Python certification?

Yes. Obtaining a Python certification is worthwhile, as Python is one of the most widely used and sought-after programming languages available today. The majority of IT jobs today require a working knowledge of the Python programming language for coding and development purposes.

Several of the primary reasons why earning a Python certification is advantageous include the following:

2. How Difficult Is It to Learn Python and how long does it take to learn python?

Python is considered one of the most simple programming languages to learn. It’s easy to use. Learning the fundamentals of Python programming can take anywhere from five to ten weeks on average.

3. What is the duration of the Course and Will I Get a Certificate?

4. What are the job opportunities after completing the training?

5. Will I get a placement guarantee?

We provide 100% placement support. On course completion, every student is eligible to apply for an internship depending upon his/her requirements.